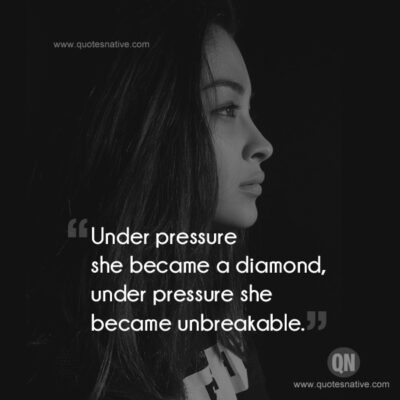 While cleaning the gym the other day I noticed something. There are a few old slam balls that have cracked open over the last couple years that I keep in the back. I can’t really use these on the floor because they leak a bit of sand but I was keeping them to use for outdoor workouts. I piled them all up and noticed I had a lot more destroyed balls than I had expected, 12 to be exact.

This got me to thinking. Earlier in the day I had a conversation over the phone with a woman who told me she couldn’t workout around others because she wouldn’t push herself and she would under no circumstances change any aspect of her diet. I couldn’t help but think of the parallels between this type of conversation, which I have almost weekly, and the half deflated balls below me (nope, not those balls, get your mind out of the gutter). These once unbreakable balls were destroyed by someone just like this woman on the phone; she was limiting herself before she could even begin to discover what she could accomplish. Someone just like her - who struggled to find the time to get into the gym, felt uncomfortable around others and in their own skin, and feared both commitment and failure - destroyed something designed to be unbreakable. These balls are made to withstand daily punishment from professional athletes. How powerful is that? A human who was once doubtful became strong and unflinching enough to smash something credited as indestructible.*

*(For fear of professional retribution, I will not reveal the brand name of these balls)

We get stronger not only by lifting weights but by lifting weights we never believed ourselves capable of lifting. What challenges us changes us. What if the women who broke the slam balls had a defeatist attitude? What if she had been thinking, ‘I’ll never be able to do this’, ‘I’ll never lose weight’, ‘I’ll never get stronger’, ‘I’ll never eat well or be healthy’? If they had given into these self-limiting beliefs they would never have accomplished what they set out to achieve. They would not be the strong and empowered badasses they are today. Were these women stronger or more confident than the woman who called me? Maybe, but I doubt it. I like to think we are all more similar than different, all of us struggling with the same fears and doubts and all wanting to improve ourselves. I’ve seen people come into my gym broken, depressed, and desperate for change. And I’ve seen them become better. I had one woman come in after being diagnosed with a life threatening illness, quitting her job, and breaking up with her boyfriend. She was depressed, at rock bottom, and needed a change. After six months of consistent work her health improved, she had found a new job she loved, and she had begun to date again.

It’s not always easy to make changes especially if the end result seems so unreachable, but with consistent steps in the right direction you will be surprised at the amount of progress you can make. Doubt will always exist, it’s part of being human, but if you believe in yourself  and take action you will destroy obstacles and boundaries you once thought unbreakable. There will always be other people who doubt you and tell you your limitations. Don’t let yourself be the person who says you can’t.